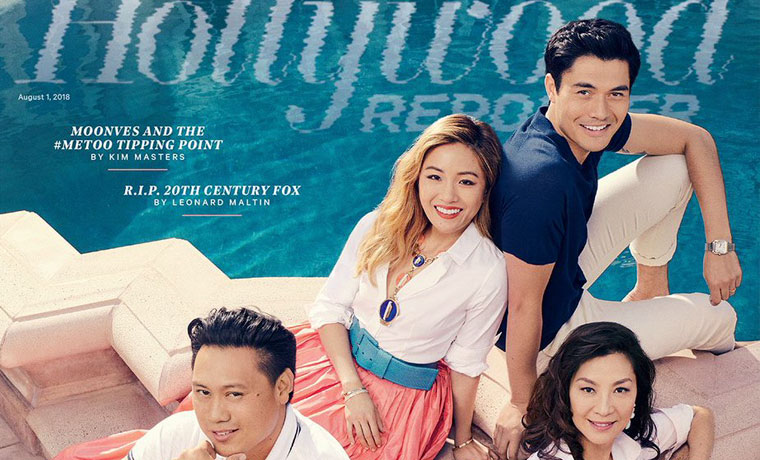 Years ago, during my time at Asian Woman magazine, the editorial team received a disgruntled letter from a would-be reader. The writers on the team walked a fine line between tradition and progression and were used to complaints about being too much of one or the other. This complaint was different, however.

It was sent by a woman in the US who happened to pick up the international edition of Asian Woman. She explained that she was excited to discover a magazine dedicated to her culture, so even though it cost nearly $10, she bought it without hesitation. Unfortunately, when she got home and unwrapped the plastic, she discovered that Asian Woman wasn’t about her culture at all.

She, an American of Chinese heritage, thought the ‘Asian’ in the magazine’s title referred to women of East-Asian heritage – a not unreasonable assumption given that ‘Asian’ is used differently in the US (where it refers to East Asians) versus the UK (where it refers to South Asians).

Our cover star was clearly a South-Asian woman (Katrina Kaif if my memory serves me correctly), but we sympathised with the complainant. When there is such a dearth of representation, it’s natural to cling to whatever one can get. We understood her excitement in discovering the magazine as well as her consequent disappointment, and we so replied with a letter of apology.

In the ensuing decade, the lack of representation has remained stubbornly constant – with one major exception: Crazy Rich Asians. This wasn’t a movie but a movement. East Asians across the world reacted by booking out cinemas, deconstructing the movie in print and even hosting themed parties. There were a few inevitable gripes, but on the whole, it was hailed as a game-changing, life-affirming slice of popular culture.

In demanding space for South-Asians, I’m not asking that it be taken from another minority

Meanwhile, there has been a raft of movies led by black actors and filmmakers, ranging from action (Black Panther) to satire (Get Out, Us) to serious (Moonlight, Fences).

What I haven’t seen is similar progress in the South-Asian community. There has been some (see Master of None and The Mindy Kaling Project), but I can’t recall a flagship vehicle that has received the same level of backing as Crazy Rich Asians or Black Panther.

This is a tricky area because any gripes about the lack of South-Asian-led projects also sounds like a gripe about other minorities’ success (“why them and not us?”) which of course this is not. I believe that a win for one minority is a win for us all, but like the disgruntled reader who picked up Asian Woman, I would also like some representation of my culture. In demanding space for South-Asians, I’m not asking that it be taken from another minority. There isn’t a finite amount of diversity. Companies like Netflix are spending billions on content and I believe there is room for all our stories.

This is an important point that’s worth repeating: there is room for all our stories. I’m not asking that Little Women be recast with brown faces; I’m asking that we source stories from the South-Asian community and bring them to the screen. I don’t want a brown Little Women. I want a Sofia Khan Is Not Obliged. I want an East of Hounslow and Homegrown Hero. I want a Take It Back. We don’t need to ‘brownface’ these stories because they already exist as stories about us – by us. There is source material out there that’s ripe for the screen.

There isn’t a finite amount of diversity. There is room for all our stories

Filmmakers may be tempted to blame the pipeline and Hollywood’s lack of South-Asian A-listers. This leads us to a chicken and egg situation. Filmmakers won’t cast South-Asian actors because they’re not A-list, but they can’t become A-list if they’re not cast in anything.

This is of course vastly simplistic (being able to name one black or Chinese actress doesn’t mean there isn’t a broader lack of representation in those communities), but there is something stark about Hollywood’s lack of a single South-Asian A-list actress.

Some will say that this is because they all go to Bollywood, but this is a poor excuse. There are plenty of South-Asian actresses trying to make it in Hollywood. I met one this year who said she only gets auditions for the ‘sexy tribal woman’.

There are people who have been shouting more loudly about this for longer than I. The actor Riz Ahmed has spoken repeatedly about the importance of representation. He has lamented the fact that he had to go to America to land major roles – something echoed by other actors.

It baffles me why the South-Asian diaspora is largely ignored as an audience. There are so many of us seeking representation outside of Bollywood. Aching for it in fact.

I know that one movie isn’t going to fix everything, but it’s a start which is why I’m eagerly waiting for our Crazy Rich Asians moment. Don’t worry though. I won’t be holding my breath.