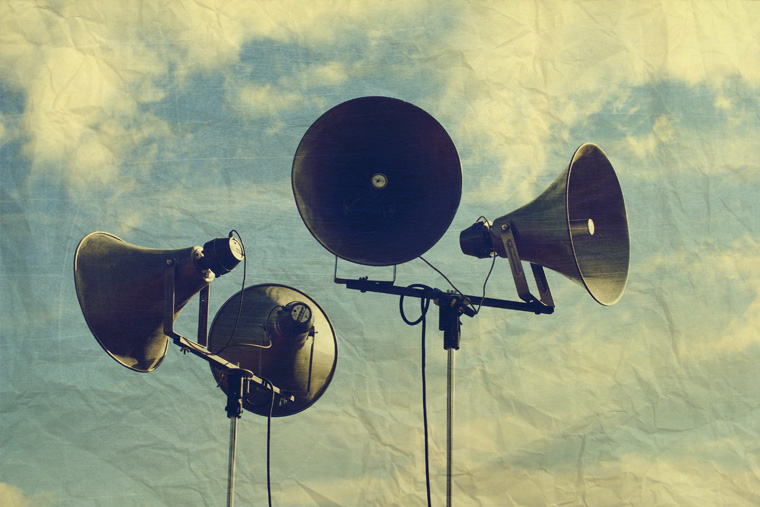 I learned of the Christchurch mass shooting last month as soon as I woke up on the morning of 15th March. I was still in bed, my head still on my pillow. I reached for my phone and saw that my sister had forwarded a video to our WhatsApp group chat. I pressed play, but stopped the clip as soon as I saw the barrel of a gun go up – in POV as if I were a player in a first-person shooter game.

Soon after, I opened Twitter and read a glut of news and updates about the massacre. An initial outpouring of grief, anger and horror was followed over the next few days by a dozen hot takes across various outlets. What struck me was that I knew exactly who among those I follow was going to write one, what they would say, and who they would consequently argue with on Twitter.

I decided not to read any of these takes because I felt a sort of pre-exhaustion by them. I was tired of opinions not just about this tragedy but anything and everything.

I recognise that opinions are the lifeblood of the internet. They spark engagement, increase dwell time and generate that all-important revenue, but every time someone with a profile publicly states an opinion, it triggers a slew of accompanying debate, well-meaning advice, gaslighting, virtue signalling, performative wokeness, humble-bragging and ’splaining (man-, white- or otherwise). We’ve even invented language to codify the vagaries of modern interaction.

I’m tired of listening to all these opinions. In fact, I’m tired of having all these opinions. I’m exhausted by the fact that I saw an ex-neighbour’s wedding photos today and thought ‘Wow, she’s wearing a lot of makeup’ or that I read a status update about someone reading Wittgenstein to their one-year-old and thought ‘What a douche’. Even positive opinions can be exhausting (‘Jameela Jamil has such good hair’, ‘Stanley Tucci is brilliant in Easy A’ and so on).

The sheer volume of reaction is partly to blame, but so too are the mechanics of the opinion mill. I feel particularly disillusioned by the obligation for opinion writers to ‘perform’ their identity, the lack of deep expertise among talking heads and a lack of nuance in general debate.

I understand why this happens. Editors are under pressure to source an appropriate contributor and writers are all too happy to gain an edge over their thousands of competitors and so they ‘perform’ their identity in hot-takes and think pieces that often reduce complex issues into anecdotal ask-and-answer (“Are grammar schools bad?” “No because they helped me.”).

If this sounds cynical, it’s only because I’ve played, and will continue to play, a part in this breathless game of quid pro quo. After all, writers have books to sell, profiles to raise, a living to earn and we’re grateful for the chance to do so.

I have seen the same individuals comment with enthusiasm and ostensible knowledge on subjects varying from veganism to foreign policy to the gender pay gap. Is it that they are experts in all these areas, or that they are invited to comment because they are a ‘personality’? It’s usually the latter.

Even those who do have expertise in an area are often asked to dash out a piece in mere hours, leaving little time to conduct research, interview sources or offer true original thinking. As a result, we are left with articles that adopt the language of serious criticism but that remain fundamentally superficial. These opinions are then presented to us with a confidence and gravity deeply disproportionate to what they’re really worth.

No scope for nuance

Years ago, I was invited onto BBC Radio 2’s Jeremy Vine show to debate a fellow author about the diminishing use of surnames (I, being younger, might book a table at a restaurant under ‘Kia’ instead of ‘Abdullah’ while he would do the opposite because it was ‘proper’).

Honestly, I didn’t feel strongly either way but I argued my point with gusto – as did he – because that’s what we had been brought in to do. I suspect a lot of pundits debate in this stark, dichotomous manner because they know it’s what producers want.

In this context, there is no room for nuance or uncertainty. You cannot appear on a national news programme and admit that you don’t know. You have to state an opinion strongly and without doubt and if you realise that you’re wrong, there is no scope for you to say so.

Tech founder and author Jason Fried recently wrote about putting on some wait in 2019 – that is, increasing the amount of time he spends waiting for things without reaching for this phone. In a similar vein, I want to limit the volume of opinion I consume and produce (which I know is ironic given the context of this post).

I’m aware that opinions are what make us interesting, engaging and charismatic, and nobody wants to be milquetoast, but neither do I want to remain on the rapid spin-cycle of news and opinion.

Instead, I’d like to think more deeply about the questions I have and the issues I care for. It may sound pretentious, but I’d like to read more of the great thinkers whose work has endured for not days but decades.

Who knows? I may even read some Wittgenstein. Either way, I promise not to tell you what I think about him.