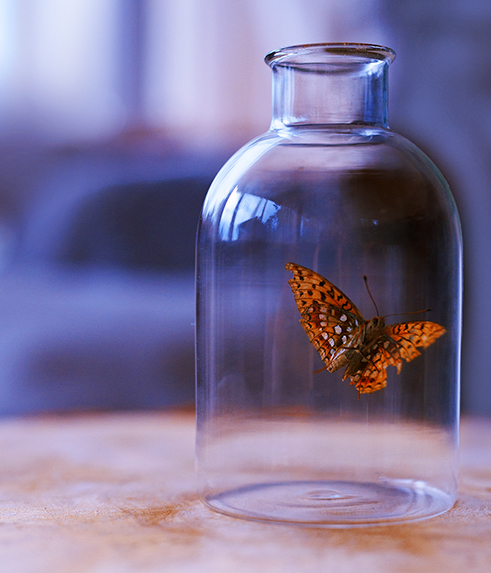 Earlier this week, I was listening to a podcast when the host asked his guest: ‘Did you have a happy childhood?’ The guest sighed – a bone-weary sound that in itself was an answer.

The question – so banal and yet so jarringly intimate – made me think of my own childhood. In its early stages, it was certainly busy and happy. Yes, I wore lots of hand-me-downs and rarely bought new shoes, but I had six siblings with whom to laugh, play and roam.

We would spend weekends at the adventure park near our East London home, daring each other to use the highest rope swing, feeling the dropkick of anxiety as we leapt off the platform into the abyss below. We would pile into the newsagent, excitably buying 10-pence Freddos, Frosties and Curly Wurlys, each of us chewing slowly so not to be the first that finished.

We would run through the park behind our house, collecting petals, leaves and splinters of bark – for what we never decided. We played with conkers, searched for tadpoles and in the diminishing pockets of inner-city green, carved out a happy existence.

Then I turned 11 and things began to change, not because of hormones or mood swings or the many pitfalls of puberty, but because it unexpectedly curbed my freedom.

Suddenly, I was no longer allowed to wear shorts and t-shirts. I couldn’t be friends with boys and I couldn’t shout, run or be boisterous without being told off. Confidence, it seemed, was unbecoming on young women.

My parents, first-generation immigrants from Bangladesh, clung onto the cultural norms that governed their own adolescence. They believed that daughters of a certain age should be modest, demure and respectful. Running in the streets and shouting with boys didn’t quite fit that image.

Suddenly, my sisters and I had to dress in traditional shalwar kameez. We had to be home from school by 4pm and could no longer go to the park to roam. We were treated like fragile things, destined to be soiled or stolen if allowed out alone. We were taught to be wary and watchful and not to draw attention.

Reared with a heavy hand, we forged no teenage rebellion. There was no vocal resistance or rocking of the status quo. Instead, we accepted the change as our new normal.

We would walk straight to school and walk straight back. The only other time we went out alone was to the local library on Saturday mornings. We lingered there between the shelves, drinking in the freedom.

Being so closely guarded had a strange, perverse quality. Protecting young women so fiercely feels like an implicit form of sexualisation. It tells them that they’ve crossed the line to womanhood and might incite a man to violence merely by existing. It tells them that simply being out in the world is an act of provocation. It places the onus on young women to hide away and cower, to shroud themselves in bulky clothes and make themselves as small as possible.

These messages are rarely articulated but often implied. When we tell a 13-year-old to add a scarf to her outfit because her arms are visible through her sheer sleeves, we’re also telling her that her skin is offensive, even potentially dangerous. We’re telling her to be ashamed of her body, possibly even fear it.

There are many things I gained from my strict upbringing: a fluency in Bengali, the ability to read Arabic, a strong respect for my elders, a strict avoidance of debt and of course a love of reading. I’m grateful for those things, but I also regret that my life from the age of 11 to 26 was so profoundly impacted by the stranglehold of tradition. This large sweep of life should have held some of my best years but instead they were awkward, stressful and confusing.

Whatever you do, please don’t teach her to fear her own body.