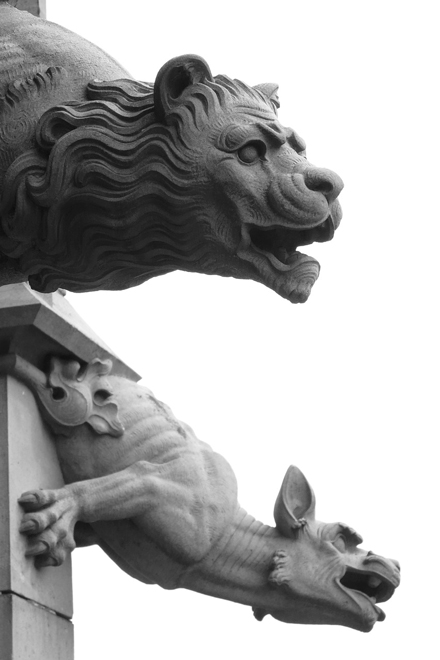 I knew I’d have to write two versions of this post: the first, a stormy tirade and the second, a more sober analysis of what happened at the mall the other day.

Before I start, I should say that I have seen and experienced much aggression at the hands of men. As a teenager, I had an iron thrown at me by my addict brother. I’ve had my head banged against a radiator and witnessed countless rages, replete with smashed plates and broken furniture.

Outside the home, I’ve been followed down the street and threatened with rape (twice as a schoolgirl, by the same stranger). On a separate occasion, a middle-aged man asked me to watch his van so that he could knock on a door to ask for the toilet – then proceeded to a corner and started to masturbate. There was the man who followed me out of a tube station at 11pm and tried to stop me as I bee-lined for a cab. There was the group of youths in a car who used a megaphone to shout obscenities at me. And there was the pair on a motorbike who stopped and snatched my bag.

So, yes, I’ve experienced aggression at the hands of men, but what happened at the mall the other day had a different flavour.

It started when my partner, Peter, and I paused at Bluewater shopping centre midway through a four-hour drive. We planned a quick stop to stretch our legs, cool off in the unusually oppressive British heat and perhaps have a bite to eat. As we walked through the concourse, we fell into single file to navigate the crowds, Peter a few steps ahead of me.

As we walked, I found myself in the path of a couple: a man, caucasian, in his late forties or early fifties, around 6’1” in height with broad shoulders and large build, and a woman of similar age who I’ll presume was his wife. As I walked towards them, neither moved behind the other to make space for me, so I aimed to pass between them. Neither gave an inch and we bumped into each other abruptly. It was as much my fault as it was theirs, but the below tweet did come to mind as we made contact.

My sister is doing an experiment: Whenever men walk towards her, she doesn’t move out of the way first. So far she has collided with 28 men.

The man immediately began to shout at me so instead of apologising as I might usually do, I continued walking, uninterested in arguing with a stranger. I expected him to shout something after me – a four-letter word that men so often use – and that would be that.

Instead, he followed me, grabbed me hard enough so that a grape-sized bruise would later appear on my wrist, spun me round, drew back his hand for momentum and smacked me against the chest.

“I’ll teach you to push me!” he shouted, utterly, disproportionately furious.

By instinct, I pushed him back (a fact that would make me inexpressibly proud when the incident later ran over and over in my mind). “Why are you pushing me?” I shouted.

The exchange caught Peter’s attention who was still some steps ahead of me. He turned to see the man towering above me, and there followed an absurd blur of activity. Peter grabbed the man by his collar and pulled him away from me. The man’s wife then ran forward and grabbed Peter’s neck, shouting, “She pushed us! She pushed us!” Peter didn’t attempt to free himself; only asked, “So he goes and attacks a woman?”

It’s not clear if they realised that Peter was with me. Perhaps they thought he was a bystander that had come to my aid. What was clear is that neither expected anyone to help me. The man attacked me because he thought I was alone.

The entire episode left me thoroughly shocked. I was taken aback by the physicality, but more than that, I was bewildered because I couldn’t process the man’s motivations. I was a foot shorter than him and of far slighter build. I couldn’t possibly have bumped him hard enough to physically hurt, so why was he so angry?

I could process – if not condone – all the aggression I’d faced before. It was rooted in addiction, theft, greed or perversion. This was utterly baffling.

This explanation is the only thing that makes sense to me; the only reason why a man far bigger than me would physically attack me because we bumped into each other, as thousands of people do in Britain every day; as I have done several times over the course of my life without being chased and hit.

Some people are uncompromising in matters of race. I am not one of them. When I’ve been mistaken for staff on a luxury cruise, I’ve laughed it off. When people ask me where I’m from originally, I tell them what they want to know. What is probably a ‘microaggression’, I call clumsy phrasing, but this… this had to be racism. Hadn’t it?

It would almost have been easier if he had called me a Paki or told me to go back to where I came from because one of the most pernicious things about covert racism is the element of gaslighting. You can’t help but wonder if you’re overreacting. Am I reading too much into this? Would he have done this anyway? Am I seeing racism where there isn’t any? Am I crying wolf?

The most depressing thing about what happened in the mall is that I can’t help but tie it to Brexit. I’ve never experienced something like this before. I may not again, but I can’t help but feel that Britain is a different place now.

Actually, no, the most depressing thing about what happened in the mall is that I’ve started to look at white male strangers differently. I wonder if he harbours a latent racism. I wonder if he hides an inexplicable fury beneath his polo shirt and glasses. I wonder how he will react if I dare to not slip from his path – and that is the trap of racism: it lures you into making vast assumptions about an entire race based on your experience with the few.

I won’t do it. I can’t be sure why that man did what he did, but I won’t assume that others are like him, because that’s how cracks in integration crumble into chasms. When fear, doubt and suspicion push at you, you have to push back – sometimes literally.

1 thought on “Something happened at the mall the other day”