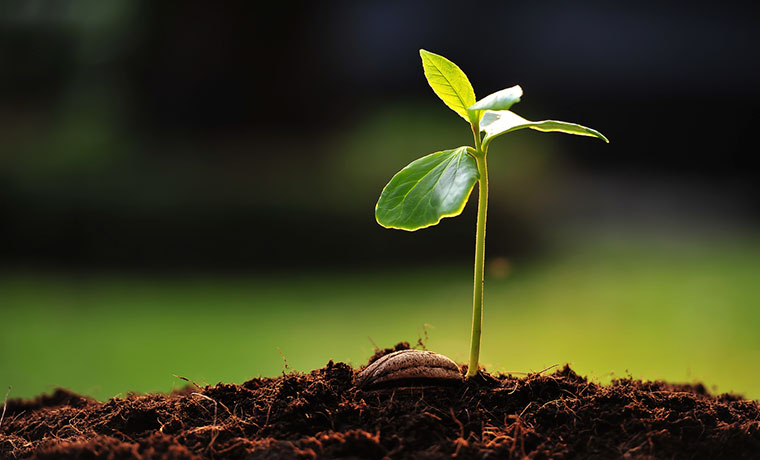 If we were to make a list of the most joyless words in the English language, it’s likely that ‘vegan’ would rank somewhere near the top. Not only is it phonetically severe (vee-gan sounds undeniably awful on the tongue), it also denotes a humourless abstinence that borders on extreme.

Veganism inspires such strong passion that magazine editors have joked about killing vegans and broadsheets ask perfectly seriously, why do people hate vegans?

The answer seems to range from guilt and defensiveness to anger over the threat posed to tradition (fish and chips, the Sunday roast and the bacon sandwich are long-established British staples). It’s also true that vegans can be a little bit sanctimonious.

I’ve long been ambivalent about veganism. When I first heard about it many years ago, I was sympathetic to the cause, having turned vegetarian at the age of 13. At the same time, I felt a sort of awed bafflement. How can you not eat chocolate? Or cake? Or cheese? Or any number of unholy but delicious things?

My views have since evolved. This started when a number of people I respect began to speak publicly about veganism. Historian Yuval Noah Hariri said in a 2016 interview, ‘I’m vegan, though not completely religious about it. While writing Sapiens I became familiar with how we treat animals in the meat and dairy industries. I was so horrified that I didn’t want to be a part of it any more.’

Journalist Ezra Klein believes that people in the future will look back on the way we treat animals and judge us ‘very, very harshly’ because ‘we’re torturing a lot of sentient beings constantly.’

Others have put this more starkly. When British comedian Simon Amstell was asked in a podcast ‘You are a vegan?’, he replied, ‘Yeah, of course. I’m not a psychopath.’

This may sound extreme, but if we stop and think objectively of what humans do to animals, Amstell’s words don’t seem so extreme and the oft-cited environmental case for veganism pales against the moral one. This is borne out in the following passages from Hariri’s Sapiens, which describe how humans have treated animals historically and how we continue to treat them today.

To ensure that the pigs can’t run away, farmers in northern New Guinea slice off a chunk of each pig’s nose. This causes severe pain whenever the pig tries to sniff. Since the pigs cannot find food or even find their way around without sniffing, this mutilation makes them completely dependent on their human owners.

Cows produce milk only after giving birth to calves and only as long as the youngsters are suckling. To continue a supply of animal milk, a farmer needs to have calves, but must prevent them from monopolising the milk. [Methods to do this include]: Slaughter the calves shortly after birth; Keep the calves near their mothers, but prevent them from suckling too much milk. The simplest way to do that is to allow the kid or calf to start suckling, but drive it away once the milk starts flowing; Tie a ring of thorns around a calf’s mouth, so that it pricks the mother and causes her to resist suckling.

Immediately after birth the calf is separated from its mother and locked inside a tiny cage not much bigger than the calf’s own body. There the calf spends its entire life – about four months on average. It never leaves its cage, nor is it allowed to play with other calves or even walk – all so that its muscles will not grow strong. Soft muscles mean a soft and juicy steak. The first time the calf has a chance to walk, stretch its muscles and touch other calves is on its way to the slaughterhouse.

Egg-laying hens have a complex world of behavioural needs and drives. They feel strong urges to scout their environment, forage and peck around, determine social hierarchies, build nests and groom themselves. But the egg industry often locks the hens inside tiny coops, and it is not uncommon for it to squeeze four hens to a cage, each given a floor space of about twenty-five by twenty-two centimetres. The hens receive sufficient food, but they are unable to claim a territory, build a nest or engage in other natural activities. Indeed, the cage is so small that hens are often unable even to flap their wings or stand fully erect.

Pigs are among the most intelligent and inquisitive of mammals, second perhaps only to the great apes. Yet industrialised pig farms routinely confine nursing sows inside such small crates that they are literally unable to turn around (not to mention walk or forage). The sows are kept in these crates day and night for four weeks after giving birth. Their offspring are then taken away to be fattened up and the sows are impregnated with the next litter of piglets.

Harari concludes: ‘Over the last two centuries tens of billions of [animals] have been subjected to a regime of industrial exploitation whose cruelty has no precedent in the annals of planet Earth. If we accept a mere tenth of what animal-rights activists are claiming, then modern industrial agriculture might well be the greatest crime in history.

Some have called human treatment of animals a modern form of slavery. We may instinctively reject this, but if a higher species did to us what we do to animals, wouldn’t we too call it slavery? This double standard springs from the fact that we as a society tend to value human life above all other. We laud the fact that our living conditions are improving without acknowledging that life for most other animals is getting worse.

Zealous carnivores claim that eating animals is a basic right. They point to our hunter ancestors and claim that eating meat is a perfectly natural endeavour. What they fail to acknowledge is that the vast scale of industrial agriculture is so far beyond our ancestors’ level of consumption, it is driving a sixth mass extinction. If meateaters want to stalk the plains with a club in hand to catch and kill their meat, fine. If they want it industrially produced on a mass scale and in neat packaging on a supermarket shelf, then they cannot draw comparisons to our ancestors’ eating habits.

I understand why carnivores are resistant to veganism. It’s easy to make moral choices when they suit you and it’s hard when they don’t. For example, it was easy for me to turn vegetarian at 13 because I never really liked eating meat. It was easy for me to decide not to have kids because I never really wanted them. On the flip side, it has been hard for me to stop using companies like Facebook and Amazon despite the devastating effect they are reported to have on society and the environment. Neither have I stopped using plastic or planes, mainy because they are convenient for me.

Similarly, I haven’t turned vegan because it is inconvenient to do so. I have dabbled with it (I did Veganuary this year and have substituted cow’s milk for Oatly in my diet and made other similar adjustments) but I haven’t fully taken the leap.

So – will I or won’t I? I think Ezra Klein’s ‘imperfect veganism’ offers a good solution. Under this model, Klein follows a vegan diet at home but accepts that he will be vegetarian when travelling, or when eating certain meals with certain people. This builds failure into the system and makes sure that when you fail, you don’t rebound into full carnivorousness. Rather, you chalk it up as a day off and continue being a vegan.

What we really need, of course, is a wholesale change of culture driven by government, industry and science. However, with some of the world’s most powerful forces benefiting from animal agriculture, this will not change soon. In the interim, we can all decide to eat more responsibly – even if it means admitting that the vegans were right all along.