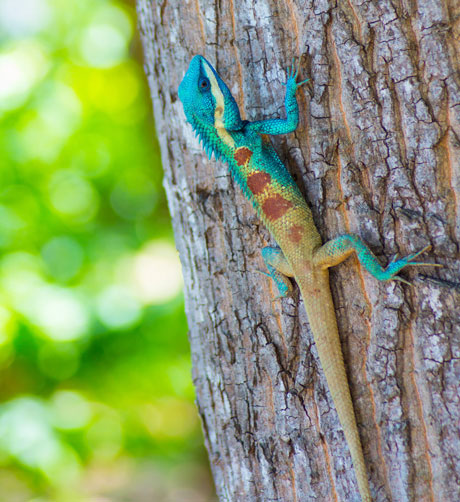 Years ago, I was watching the film Quantum of Solace in a charmless London cinema. As MI6 agent Strawberry Fields greeted James Bond on screen, I leaned over to my boyfriend and said, “Bless her, she’s trying really hard with the accent.”

Later, he asked what I meant by this. I shrugged. “It’s obvious the actress isn’t posh,” I said. “She was trying a bit too hard.”

He – convinced by her cut-glass accent – thought I was confused so we looked her up on Google and, sure enough, Gemma Arterton with her welder father and cleaner mother had working-class roots like mine.

I was able to detect this because she, like me, over-pronounced her t’s when trying too hard to sound proper.

As a born-and-bred east Londoner, I’ve been asked several times in adult life why my accent isn’t working class – once even by a prospective employer. You don’t sound like you’re from Tower Hamlets, she said mid-interview. I wondered if what she meant was you don’t sound poor. She glanced at the sheet before her. And you went to university in east London too?

I nodded as if this were normal, not admitting that I use different accents in different spaces.

The ‘high’ version I reserve for job interviews or when I’m keen to impress someone impressive.

The ‘mid’ version is my natural accent. I use this in everyday conversation with friends and colleagues, in meetings and conferences, podcasts and presentations. It differs from the ‘high’ version in that I’ll often drop my t’s.

The ‘low’ version is what I think my accent would be if I hadn’t changed it semi-consciously. I hear this accent often on east London streets: a mix of glottal stops, flattened vowels and inflections of Bengali, our pesky mother tongues pressing heavy.

I don’t speak in ‘low’ anymore and, like others, I have often wondered why. I didn’t wake up one morning and decide ‘I will henceforth change my accent’, but perhaps I realised at an early age that a cleaner, neater sound would grant me access to exclusive spaces. Perhaps I used it to climb the social ladder and reach for rungs above me.

It’s not uncommon to change your voice depending on your audience. Many of us adopt a certain tone when speaking to in-laws or employers or even prospective lovers. It was an editor of mine, an Old Etonian no less, who said that he “toffs up” his accent when in the US because “American girls love Brits”. I believe this type of adaption, this subtle tuning of sorts, is largely acceptable. It’s merely a way to make a connection. What’s more problematic is when we permanently shed our accents in an attempt to appear somehow better: more refined, more sophisticated, more educated, more desirable.

Some of us with ‘common’ accents fail in our questionable quest for self-betterment. In the hallowed corridors of Penguin Random House, a Northern colleague grimaced when I asked after her hometown. You can tell, can you? I’ve tried so hard to outgrow my accent, she told me with a frown.

Some, like Gemma Arterton in Quantum of Solace, overcompensate with razor-sharp t’s and too-rounded vowels.

The more noble of us don’t try at all. Take BBC newsreader Huw Edwards who retains his lilting Welsh accent, or BBC radio presenter Nihal Arthanayake who clearly hails from much-maligned Essex. Their voices on the BBC remain distinct anomalies. In fact, fill a room with members of any elite field – politics, law, publishing, journalism – and you’ll find only a fraction of localised accents.

Perhaps the sad truth is that shedding an accent is a smart career move, similar to a summer internship at a prestigious firm or taking lessons in French. It will not conjure other common traits of the naturally well bred – social nous, unshakeable self confidence and effortless sangfroid – but it likely helps to balance the odds.

Of course, this feeds into the circle of inequality: if we all change our accents to join the lettered classes, we will never hear different voices therein. The onus then is on the next generation of working-class successes, but I fear that they too will surrender to temptation. They too will try, consciously or not, to tip the balance of favour. The barriers to elite fields are far too high, far too strong, to simply accept the odds as they are – and so the cycle continues.

In truth, I’m glad for the voice I speak with now. I, like Gemma, do not sound ‘bred’ but neither do I sound ‘common’. I’d be lying if I said I lament this loss and I bet she feels the same.