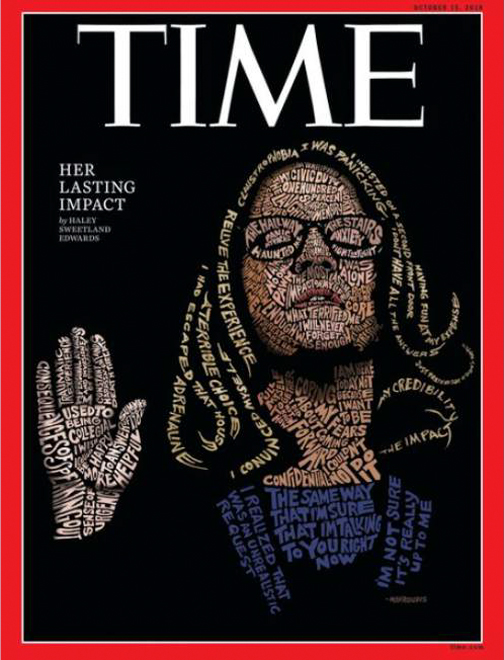 Sometimes I wonder if I’m a bad feminist. I get angry when women act like wallflowers, or claim they’re being ‘oppressed’ by the imagery in magazines, or say that taking off a hoodie in airport security is akin to subjugation by the patriarchy.

You have grit, I want to tell them. Stop being so feeble, so delicate, so goddamn weak. Stop robbing yourself of your own agency.

I’ve always believed that you should stand up to life; that when someone hits you, you hit them back. I believe in speaking out, making a fuss, taking a stand and being a shrew.

But here’s the thing: I’ve never felt truly unsafe. Not truly unsafe. I’ve written before about the aggression I’ve faced from men. There’s been plenty, but it has always taken place around other people: among family, on a crowded train or near a public street – and I’ve never been physically restrained.

The closest I came was a decade ago on a public beach in Miami. I wrote about it as part of a wider post on travel, but gave it no further thought. I never felt truly unsafe because the incident happened in public and the man involved never threatened me with violence.

The better parallel would be the man who struck me in the mall – but instead of a mall, put me in a room with him and take away all the people. Now make it sexual, then put his hand over my mouth, and suddenly it’s terrifying. Truly fucking terrifying.

I know women who have experienced this kind of assault and yet I never understood why they flinched at certain sounds or could no longer ride the tube. I believed that close calls were lucky escapes and I was certain that if it happened to me, I wouldn’t spend my whole life scared.

And then I watched Dr Christine Blasey Ford tell a room full of people that she was terrified and her words made me want to weep. The details of her testimony were like punches to the gut – in particular her insistence on two front doors so that her home had multiple routes of escape. It was clear that what happened to her was not gathering dust in a long-forgotten past; she lives with it every day.

Her testimony put me in a strange miasma. For the first time I understood that when women speak of ‘collective trauma’, it’s not mere hyperbole. If Dr Ford – an educated, intelligent, successful, wealthy, white woman – still struggled with a decades-old assault, then what about the millions of other women who have faced the same thing or worse?

I began to understand why women like Dr Ford are so many of the things that rile me: pliant, solicitous, conciliatory. They wish to be taken seriously and they wish to get things right, but equally, they hope that please, thank you and nice to meet you will help to keep them safe.

My belief that women should speak out, make a fuss, take a stand and be a shrew comes from a place of privilege. If you have never felt truly unsafe, it’s easy for you to question why a woman didn’t speak out years ago, or why she doesn’t buck up and move on.

Dr Ford’s testimony taught me that close calls aren’t lucky escapes; they are deeply traumatic events that can change the fabric of one’s identity. They can take a vivacious, gregarious woman and cleave her into a cautious, vigilant simulacrum of who she used to be.

Dr Ford has been called a hero and rightly so. She has also been used as a galvanising example of courage.

If you have a daughter or niece and want to show her what real courage looks like, turn on your TV right now and point to Dr. Ford. Tell this little girl never to be afraid to speak up no matter how many people don’t believe them!#KavanaughHearings #KavanaughFord

I hope that women do take courage from her, but the reality isn’t so sweet. Most assault victims do not speak out, usually with good reason. Telling them – through earnest tweets online or more directly in real life – to be louder, braver, angrier isn’t really helpful.

There is much to be learned from Dr Ford’s testimony – about the imbalance of power in America, men’s role in preventing assault, women’s right to be believed, party politics and moral decency. Other writers have tackled this comprehensively. For me, the lesson lies in empathy. I will always want women to exercise their agency, but I will also stop criticising those who don’t, won’t or can’t.

In standing up and speaking, Dr Ford has also shown that it’s okay to sit and be silent. It’s okay to be quiet and polite if that’s what keeps you safe. And it’s okay to forfeit justice and opt for a second exit instead.